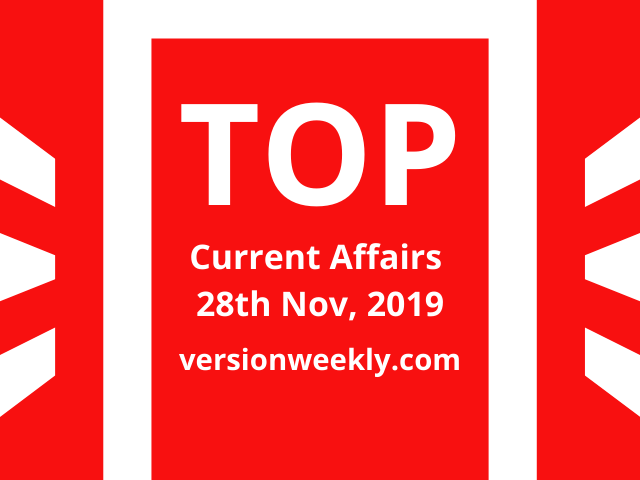 The Centre for Water Resources Development and Management (CWRDM), operating under the Government of Kerala has launched the “Water 4 Change”.

The Jal Shakti Minister Shri Gajendra Singh Shekhawat represented India at the WATEC Conference that was held in Israel. The Water Technology and Environment Control (WATEC) conference helps to get updates on technologies related to water and environmental management.

The Indian Army has inducted Israel made Anti-Tank Guided Missiles Spike along the LoC in the northern command theatre in Jammu and Kashmir to bolster defence along the border with Pakistan.

In a major step to conserve the endangered vulture population, the Uttar Pradesh government will set up state’s first vulture conservation and breeding centre in farenda area of Maharajganj district.

Madhya Pradesh’s Devi Ahilya University gets A grade from NAAC

The Indore-based Devi Ahilya University has added another feather in its cap by becoming Madhya Pradesh’s first varsity to be accorded A grade by the National Assessment and Accreditation Council (NAAC).

‘Child Rights and You’ Report on Crime against Children in India

The Child Rights and You recently released a report “How Vulnerable are Children in India to crime?” The report was based on the analysis of National Crime Records Bureau for 2016-17.

The 13th Asia Pacific Screen Awards which are Asia Pacific’s highest accolade in film were awarded in Brisbane, Australia.

Billie Eilish is Billboard’s 2019 ‘Woman of the Year’