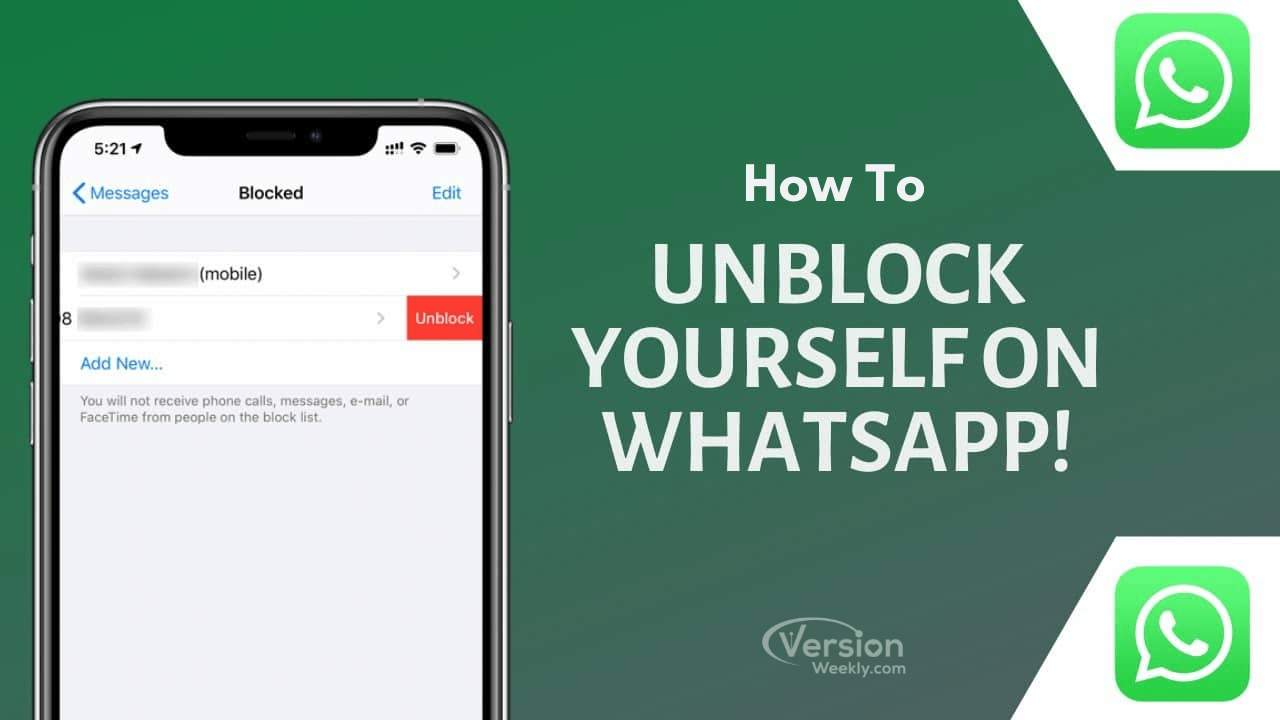 Most of us, if not all, have been in that situation when we realize that we have been blocked from contacting a loved one on WhatsApp. For those of us who have and still are a victim of this, there is good news. There is a way that you can get unblocked on WhatsApp.

Before proceeding to the steps, one must know that the latest version of WhatsApp is highly secure and therefore, does not allow you to text the person who has blocked you. However, there are certain tricks that can be used to get them talking to you by unblocking yourself on WhatsApp. Come, let us learn how!

How do I know if I have been blocked on WhatsApp?

These are the ways in which one can confirm if one has been blocked :

If the above-mentioned verifications are false in your case, then there is the probability that the contact has not blocked you. However, if all of the above-mentioned verifications are true and have happened to you, then the contact has blocked you. Do not worry as we will show you how to unblock yourself on WhatsApp when blocked.

1. Unblock Yourself on WhatsApp by Creating a Group 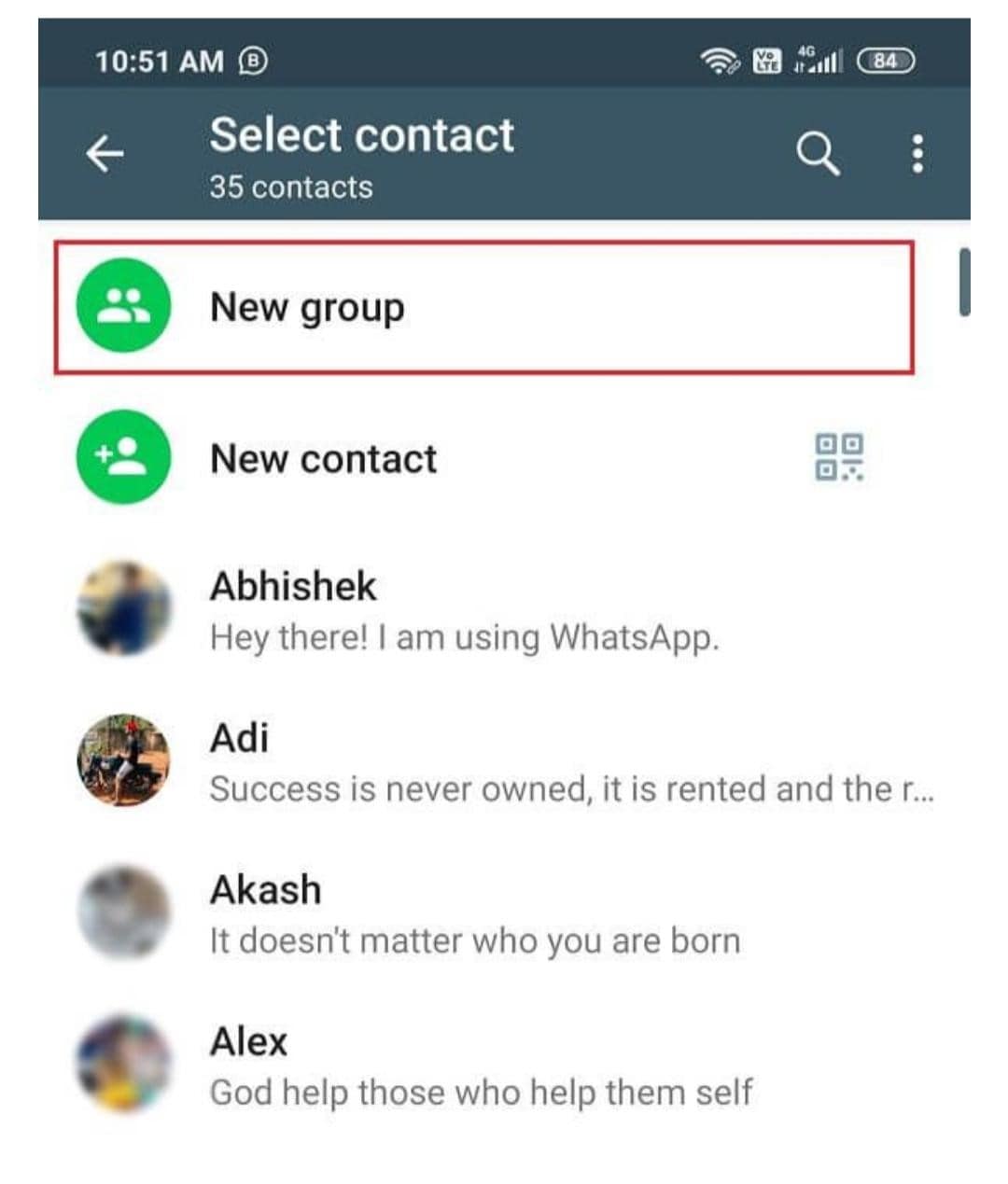 This step is possible if you have a mutual friend or another WhatsApp account.

Are the steps confusing? Allow me to demonstrate easily with the following steps :

Requesting a mutual friend to create a group

If the situation is such where the contact has blocked both of your phone numbers, the question arises as to what you would do? Will you think that you are trapped in that situation? In such a situation, it is wise if you ask a mutual friend for assistance.

2. Unblock Myself on WhatsApp by Using Another WhatsApp Account (Dual Messenger) 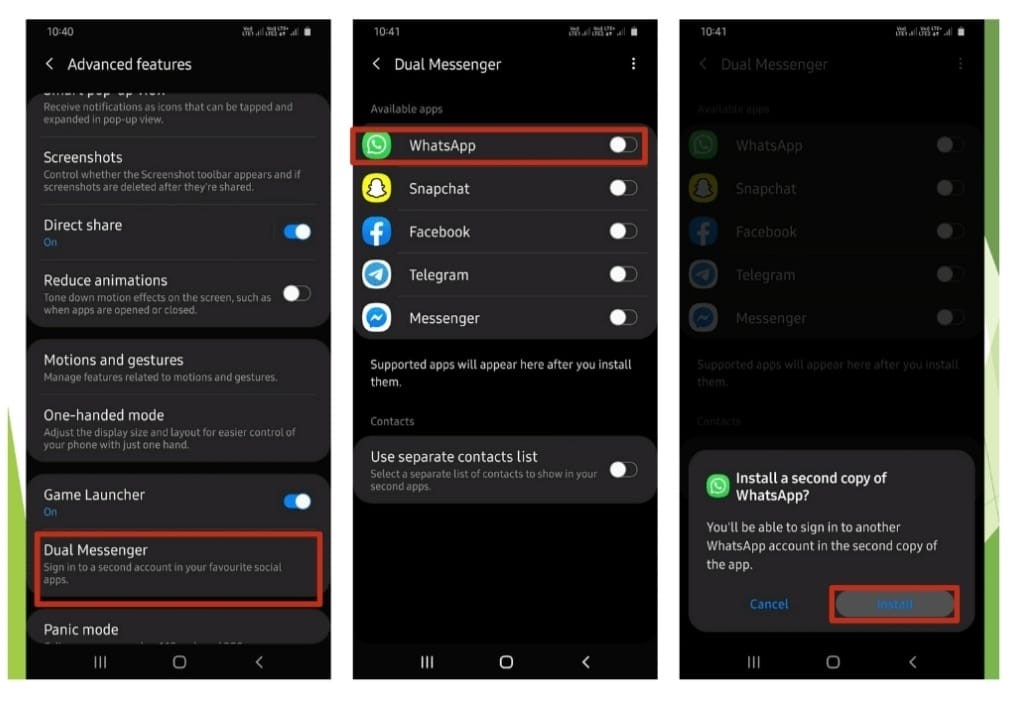 3. Method to Unblock Yourself on WhatsApp with Deleting Account?

4. Using Third-Party Apps How to Unblock Yourself on WhatsApp without Deleting Account 2021

Are you worried that your phone doesn’t have the settings for Dual Messenger? Do not worry! You can also unblock yourself on WhatsApp using third-party apps such as Parallel Space. However, if you are from India, you can not use Parallel Space as the Indian government has banned the usage of Chinese applications, Parallel Space being one of them.

Although, you can look for other alternatives to Parallel Space. If you do not reside in India, then you can use Parallel Space. Parallel Space is used for creating a second WhatsApp account on your device through which you can text the contact who has blocked you on WhatsApp.

Some websites suggest you for using GBWhatsApp to unblock yourself on WhatsApp. However, many people have reported that this method does not work. There is also a security risk while using GBWhatsApp as it is a third-party application. Although if you want to try using GBWhatsApp, you can do so at your own risk.

Some resources have stated that you can use a virtual phone number and bypass OTP to create a new WhatsApp account. Although it can be made possible by using third-party applications, I would not recommend this method as it is not a fair trick.

5. A Genuine Unblocking Hack One Must Try

Call your friend and persuade him/her/them to unblock you on WhatsApp. You could also try to approach your friend on social media platforms where you request a mutual friend to mediate between you and your friend. That could also work.

It would be best to give your friend some space, so they may think before coming to a conclusion. Respect their decision and do not bother them. If they really want to talk, they might unblock you and talk to you again. Patience is the key.

If you have been blocked because of your fault, confess your mistake and genuinely seek an apology. There is nothing wrong in apologizing for the mistakes we have made.

Also Check: How to Add Audio in Whatsapp Status?

FAQs on How to unblock yourself on WhatsApp latest version

1. Do blocked messages get delivered when unblocked?

2. How do I message someone on WhatsApp who has blocked me?

Hoping that the above-mentioned steps answer very well to your question of how to unblock yourself on WhatsApp 2021. The detailed guide has been explained in an easy and effective manner. Try following these methods and it will be easier to unblock myself on WhatsApp.