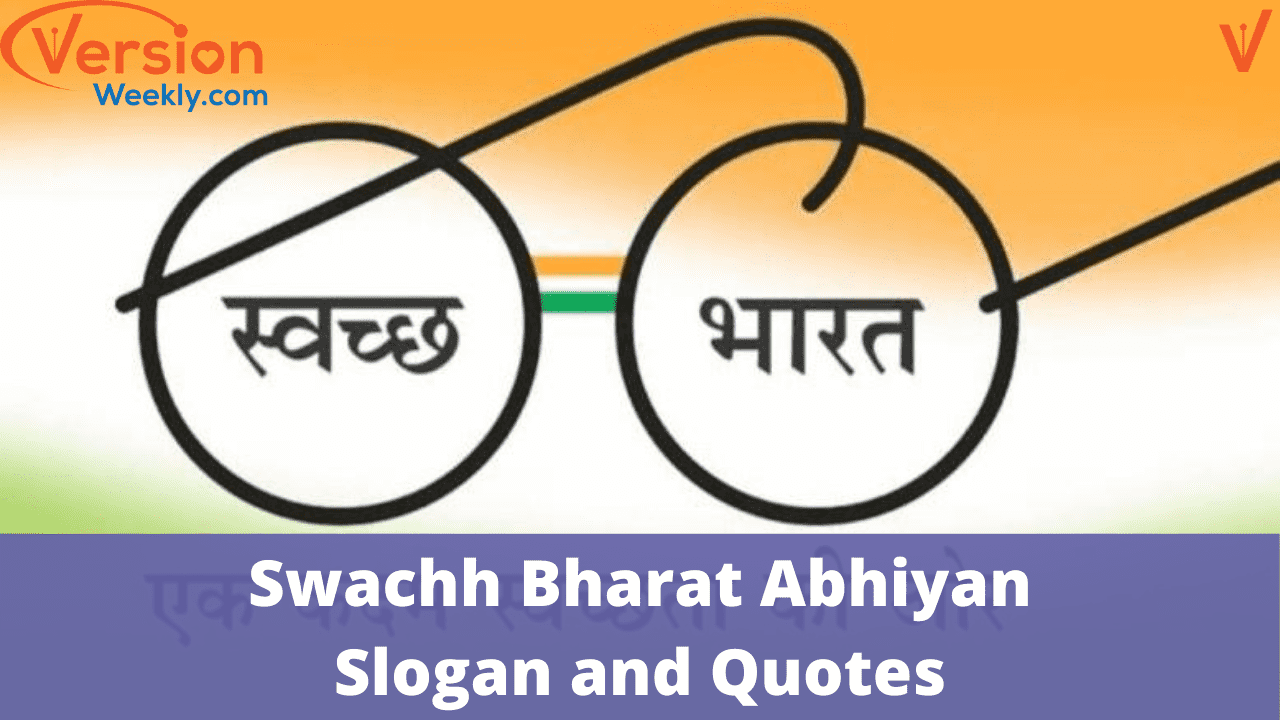 Swachh bharat abhiyan is a clean India campaign run by the government to achieve the goal of cleanliness and hygiene all over the India to lead it towards development. It is the ultimate way to achieve success in many fields as well as enhance the economic status of the country. We have listed below number of motivational and inspirational quotes and quotations on Swachh Bharat Abhiyan said by the Indian President, Pranab Mukherjee and Indian Prime Minister, Narendra Modi. We have also given the Official slogan of Swachh Bharat Mission.

“Every road, path, office, home, hut, stream and particle of air around us can and must be kept clean” – President Pranab Mukherjee

“Is cleaning only the responsibility of the karamcharis? Do citizens have no role in this? We have to change this mindset.” – Narendra Modi

“We reached Mars. No PM or Minister went. It was the people who did it, our scientists who did it. So can’t we create a Clean India?” – Narendra Modi

“If this is evaluated by a photo-opportunity, then we would be doing a disservice to the nation. We all must come together and do this (clean India) wherever we are.” – Narendra Modi

“This is not about Modi… Modi is only one of its 1.2 billion people… This is a people’s task.” – Narendra Modi

“It is our social responsibility as citizens of India to help fulfil Gandhiji’s vision of Clean India, by his 150th birth anniversary in 2019.” Narendra Modi

“Devote 100 hours every year towards the cause of cleanliness.” – Narendra Modi

“Cleaning up the country cannot be the sole responsibility of sweepers. Do citizens have no role in this? We have to change this mindset.” – Narendra Modi

“Though it is a difficult task, it can be achieved and for that people will have to change their habits.” – Narendra Modi

“It takes time to change established mindset. It is a difficult task. But we have five years. This is not about Modi… Modi is only one of its 1.2 billion people… This is a people’s task.” – Narendra Modi

“Sanitation should not be seen as a political tool, but should only be connected to patriotism (rashtrabhakti) and commitment to public health.” – Narendra Modi

“I am not talking politics…this is beyond politics. This is inspired my patriotism not politics. We do not have to do with an eye on politics…I say that with a clean heart… If we paint this again with a brush of politics, we will again do a disservice to mother India.” – Narendra Modi

“All the governments in this country have made one or the other effort to do this work. Several political, social and cultural organizations have made efforts in this direction. I greet all those, who have worked.” – Narendra Modi

“I have requested the corporates to evolve plans under corporate social responsibility to build clean toilets specially for girl students in schools. India should learn from foreign countries, where people are disciplined and do not litter in public places.” – Narendra Modi

“If people of India can reach Mars with minimal expenditure, why can they not keep their streets and colonies clean.” – Narendra Modi

“If we make it a public movement, we can make our country being counted as one among the cleanest nations.” – Narendra Modi

“According to the World Health Organization, an average of Rs. 6500 per person was lost in India due to lack of cleanliness and hygiene. Swachh Bharat would make a significant impact on public health and in safeguarding income of the poor, ultimately contributing to the national economy.” – Narendra Modi