The prices for many leading full-size electric cars have dropped slightly in the past few months. But even a $50,000 Tesla is still much harder to afford than an electric microcar that can cost a quarter of the price. These smaller tiny EVs, NEVs, and LSVs come with bigger advantages over their full-size cousins, saving more than money.

But electric tiny cars are not suitable for everyone. They are suited to urban areas, planned neighbourhoods, beach communities, and other areas without high-speed roads.

If you are a regular user of electric cars for travelling a few states oven, then the micro car is not the best choice for you. But for individuals who live in a densely populated area or who drive only a few dozen miles per day, an electric microcar can do magic while saving money, emissions, energy, and more.

Micro Electric Vehicles are a subset of micro vehicles. All these vehicles are designed to provide long-term resolutions to current and feature urban traffic problems. It compromised a small electric car with one or two seats, unlike a large car, it runs on a similat but compact battery system. 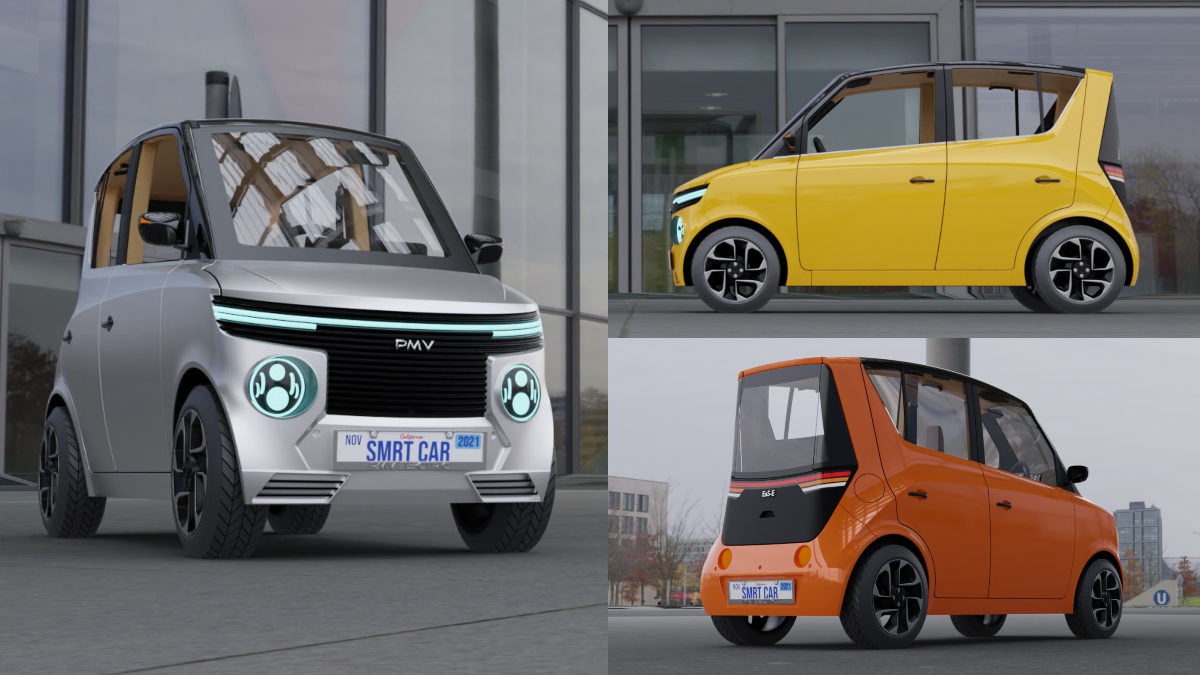 Micro-cars, mini-Evs, NEVs, tiny cars, LSVs and others are one and the same. Most of these vehicles technically LSVs, at their core. It is the only federally defined term for the majority of these vehicles. Terms like NEV isn’t an official vehicle class, but rather just a loosly defined colloquial term for smaller and lower-powered EVs.

Many people think micro-cars as golf carts, but it is not the fact. Even golf carts are not federally regulated to achieve street legal status.

Why Does One Want an Electric Low-Speed Vehicle (LSV)?

The smaller size of LSVs or tiny cars offer bigger advantages. Firstly, they are affordable than full-size EVs, while still offering many of the major benefits of electric cars. The prices can start with $10,000 for an electric LSVs, which is lesser than electric car. 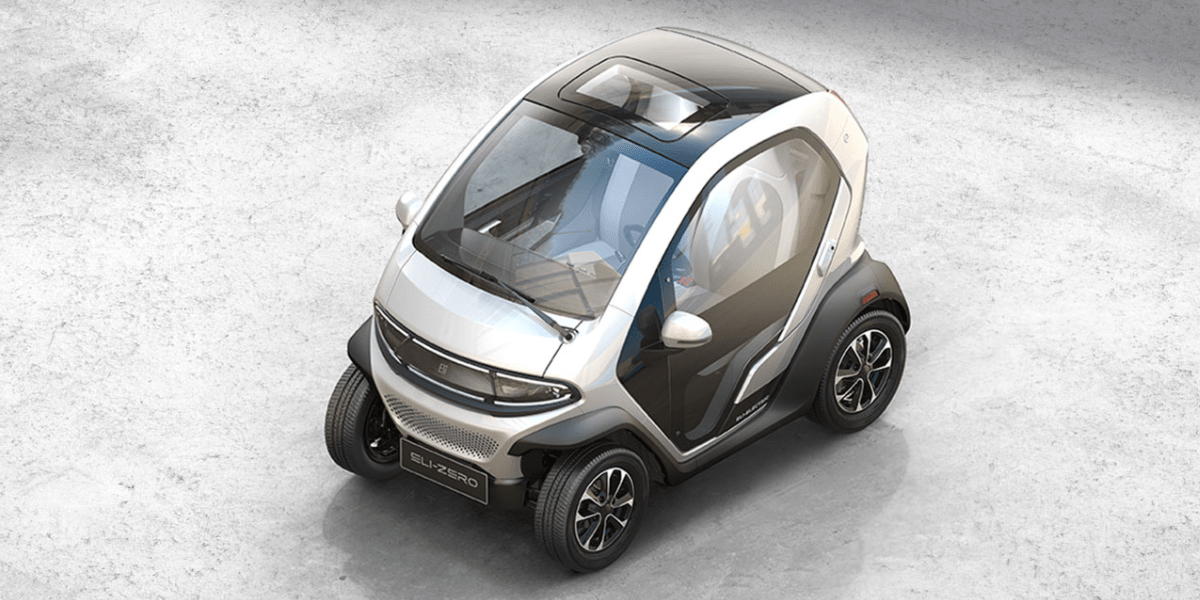 The Eli Zero, a mini electric car coming to both the US and Europe and is expected to begin EU deliveries with a price of US $12,000. Despite low price, Eli Zero offers a number of features that make it feel like a “real” car. THe accoutreatment list includes features like 70 mi range, 2.5 hours charge time with on-board charger, keyless start, regenerative braking, heating & air conditioning, and optional power steering/power brakes.

Eli Zero is s two seater EV that would be great for single drivers or couples living in cities, many LSVs are oriented toward families. New LSV startup Wink Motors offers a lineup for 4 seat LSVs starting at under US $10,000. LSVs are usually enclosed and offer heating or air conditioning, and they lock to protect valuables left in the vehicle.

LSVs offer many other advantages beyond their low purchase price. They use less energy than both electric and combustion engine cars, reducimg fuel cost. They take less space, so it is easier to park, which is important in urban areas with limited parking spaces.

LSVs Are Great For Utility Use In Addition To Personal Vehicles

Texas based AYRo recently revealed an mini electric truck called as Banish with the payload capacity of a typical pickup truck, but at lower cost and easier use for fleet operations. 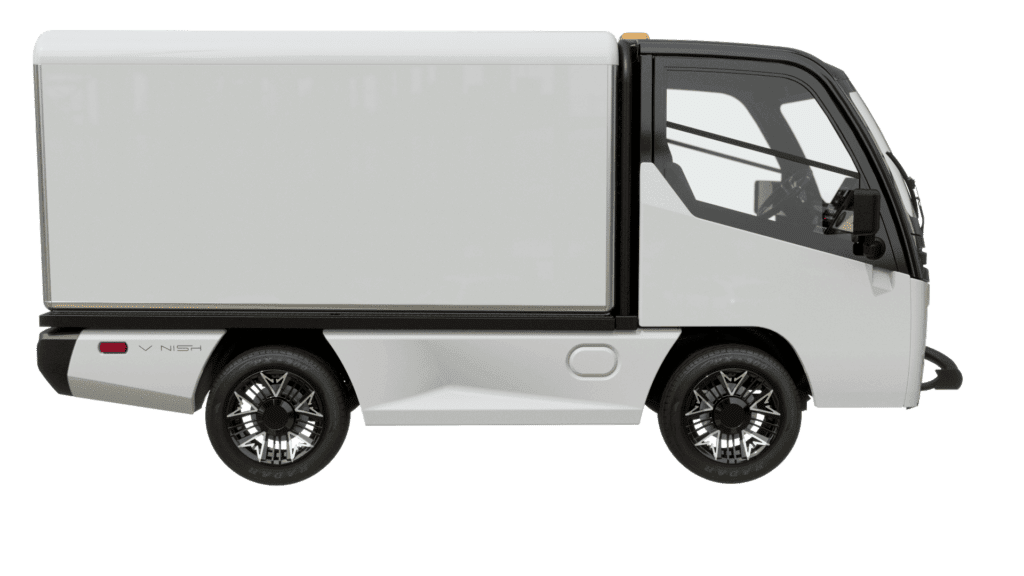 The company’s CEO Tom Wittenschlaeger explained to Electrek that the Vanish brings the accessibility advantages of LSVs to more work-oriented customers:

AYRO’s latest innovation is built primarily for use in fleets in organizations ranging from university campuses and airports to resorts and golf courses. It is a utility low-speed electric vehicle intended to improve upon the foundation established by other EV-driven products in the fleet management industry today. LSVs, like the AYRO Vanish, are ideal vehicles for supporting last-mile delivery, micro distribution, and other campus or facility needs.

Thw range of LSVs depends on their battery size and power level. Most LSVs have a minimum range of at least 30 miles. According to the DOT, over 50% of personal vehicle trips in the US are lesser than 3 miles. That means that a heavy, expensive electric car with 300 miles of range is overkill most of the time.

The biggest safety advantage of LSVs is their speed. LSVs that can only reach speeds of up to 25 mph (40 km/h) result in much less energy transfer during a collision, both due to the lower weight of the vehicle and the slower driver speed. That’s safer for both occupants and pedestrians.

Are All LSVs and NEVs Street Legal?

In the US, LSVs are a street-legal federal classification of motor vehicles. However, several unscrupulous sellers have begun marketing foreign imported electric micro-cars as street legal LSVs when they don’t actually meet federal requirements.
LSVs and micro-EVs are much more popular in Asia, and so there are a growing number of Chinese-produced models popping up in the US. I even bought one myself by ordering it straight from China.

These Chinese market vehicles don’t meet US regulations and are not street legal in most of the US. Golf carts are usually not street-legal as LSVs, though many golf cart makers have produced LSV versions that are essentially golf carts with upgraded parts like mirrors, back up cameras, turn signals, seat belts and other necessary equipment.

Do LSVs and NEVs Qualify For Subsidies, Rebates, or Tax Credits?

While electric cars and trucks enjoy several purchase incentives, there are currently no federal subsidies or rebates for LSVs in the US. There are some subsidies for charging equipment that can be used to charge LSVs at home, though most of these LSVs can also plug into a typical electrical outlet in a garage and thus don’t require larger and more powerful chargers for electric cars and trucks.

There has been some effort to include LSVs and NEVs in local or state tax credits and rebate programs, though I’m not aware of any that have been passed so far. As LSVs gain in popularity in the US, it is likely that they could eventually be included in a growing number of local, state, and federal EV incentive packages.

Will Electric Micro Cars Catch On?

Electric quadricycles are already popular in many European cities where their numbers are growing every year. In the US, LSV numbers have only recently started to grow. The two biggest impediments to LSV adoption in the US seem to be a combination of availability and US driving mindset.