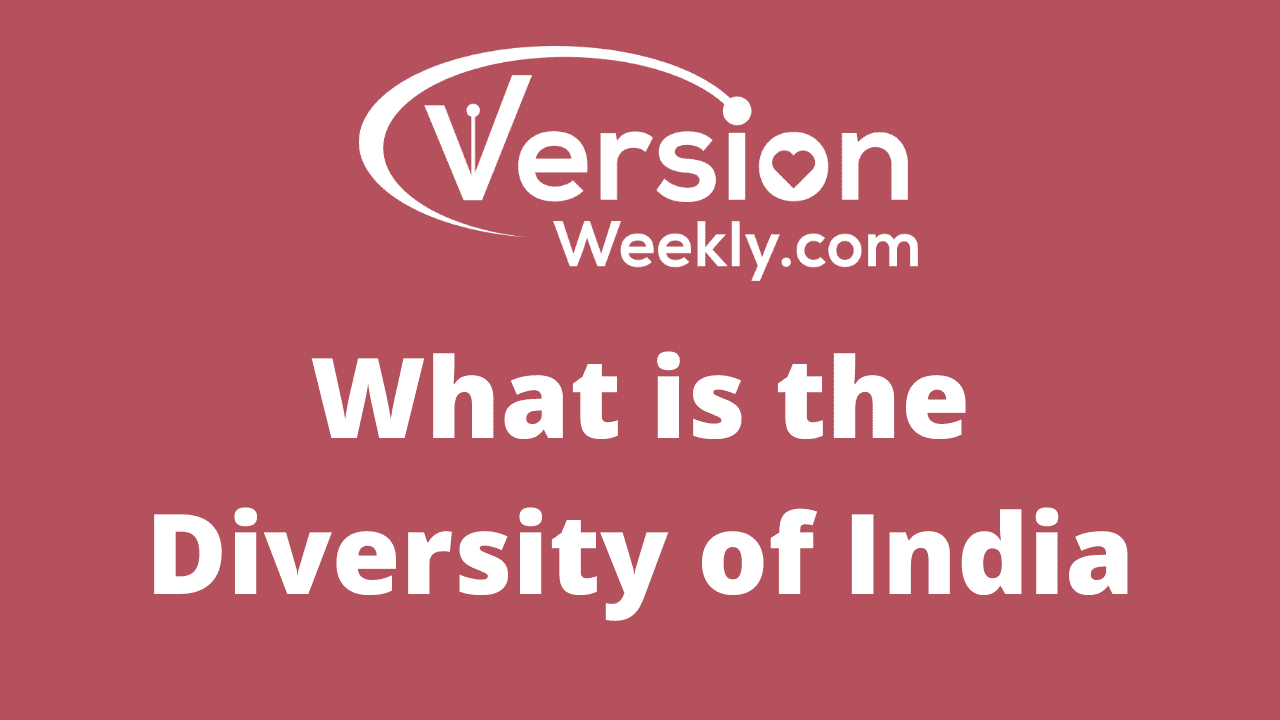 India is an amalgamation of 29 states and 7 union territories which is augmented by the islands like Andaman and Nicobar Islands and the Lakshadweep. India is one of the vast countries with extraordinary characteristics and diversity in terms of its geographical, linguistic, religious, social-cultural features etc. But still, you can find a thread of unity among Indians. Undoubtedly, India is a museum of various customs, cultures, creeds, social systems, races and tongues but still, there is unity in all the diversities.

India has retained its diversity from the ancient times till date and will continue to do so. The endless varieties of physical and cultural features prove that India is the epitome of the world.

IMPORTANT FORMS OF DIVERSITY OF INDIA

To know more, let’s have a look at the some of the important forms of diversity of India:

The physical features of India consist of numerous beautiful rivers, dry desserts, evergreen forests, fertile plains, long coastal lines and lofty mountains. Some regions of the country are considered to be the most fertile regions in the whole world whereas some regions are so unproductive that you can hardly grow anything on them.

India is basically divided into four regions, namely Himalayan region or the northern mountains that include regions like Kashmir, Sikkim, Bhutan, Kangra and much more. The second region is the northern plain that consists of major river systems of the country like Indus, Ganges, Brahmaputra and their tributaries. This region is the most fertile and productive regions in the whole country. The third region consists of the plateaus of Central India and Deccan and the fourth region lies between the Arabian Sea and the Western Ghats. With these four regions, India is known for having one-fifth of the total population of the whole world and the statistics are hiking day by day.

You can see diversity from the point of climate as well because some regions face blazing heat and some places enjoy tropical climate all around the year. Also, the monsoons are not uniform across the country because places like Meghalaya receives the highest amount of rainfall whereas places like Rajasthan gets hardly any rainfall. Pilfering winter is felt in the Kashmir region for more than six months whereas places like Kerala never experience such cold at any time. Due to this diversity in the climate of India, you can see a variety of flora and fauna in the country.

Lets’ take a look at the example:

Ladakh in the Eastern part of Jammu Kashmir remains covered with snow throughout the year therefore very less vegetation is possible here where as places like Kerala are responsible for the cultivation of host of spices like pepper; cloves etc.

Other than the physical diversity, the presence of a variety of human beings makes India a beautiful place to live in. Beginning from the Neolithic and Paleolithic men who inhabited India since the remote past to the mongoloid type people that are found in places like Bhutan and Sikkim. The southern part of the country comprises of Dravidians. The tall and fair complexion group called Indo Aryans lives in the North Western part of the country and these races are becoming closer to each other day by day.

Apart from these, they were many other religions like Persians, Greek, Muslims, and Arabs etc. came to India and settled here, leaving their pinch of culture and beliefs in the country.

India has been called “as a tower of veritable languages” or a “Museum of languages”. As people belonging to different religions and tribes are living in India, therefore there is a huge diversity in their languages also. More than 200 dialects and languages are used in this vast country but the main languages of India include Hindi, Gujarati, Tamil, Telugu, Bengali, Sanskrit and Kannada.

You can find entire world in a single country as people belonging to different religions are living in India. Hinduism, Sikhism, Buddhism, Jainism, Islam, and Christianity are the main creeds found in India. These religions have their subdivisions like Hindu religion is split up into Brahmo Samaj, Arya Samaj, Puranic Hinduism, etc. Religions such as Persian and Zoroastrianism are also spread across India.

> Lord Vishnu and Shiva are worshipped in the north whereas the people in the south are more attracted towards the Ramayana and Mahabharata.

> The stories of Ram and Krishna are sung with great devotion and respect in the southern regions of India.

> The Vedas, the Gita, the cow and the Puranas are respected equally across the whole country.

> Also, the rivers such as Saraswati, Narmada, Kaveri, Ganga and Yamuna are also considered to be sacred.

> This shows that there is religious unity among the people and no religion is considered to be inferior here.

India is known for its civilization and culture all over the world. There is diversity in the literary ideas, philosophies, conventions, and literature all over India. Another important aspect that shows the beautiful diversity of India is the different social and cultural beliefs that people carry. The people have different social habits in terms of their dresses, food habits, manners, dance forms and customs and celebrate different festivals in different parts of the country.

The cultural diversity can be seen in the form of religious beliefs, festivals, and modes of life. North, South, East and West parts of the country have carved their own cultural niches. The years of foreign rule and religious movements have gifted the ancient land of India, a rich culture of festivals, customs and social habits. Let’s take a look at some of these:

> Festivals – Some festivals are meant for particular communities where some are celebrated and enjoyed all over India. The celebration of these hosts of festivals in India is a perfect glimpse of seeing Indian culture at its best. In a multicultural, multidimensional society like India, almost every day is a festival. People share and experience the distinctiveness of every festival and celebrate the spirit of oneness.

> Food – Even the Indian cuisines is very diverse and classified into various categories. There are various multi cuisines and cooking styles that vary from region to region. People all over the world appreciate Indian food. Every region of India has its own forms of food. Cuisine of India can be divided into four categories: North Indian, South Indian, East Indian and Western Indian food.

> Dance Forms – Diverse dance forms are being performed throughout the country depicting religious beliefs and celebrations. Indian dance forms are broadly categorized into two major forms namely, Classical dances and folk dances. Usually, Classical dances are related to spiritual content whereas folk dances are performed during celebrations and happy events. The best thing about the diversity of dance forms is that they represent the culture and beliefs of a specific region.

Every state has its own native dance form and music. The most popular classical dance styles of India are Bharatnatyam of Tamil Nadu, Kathakali and Mohiniattam of Kerala, Odissi of Orissa, Kathak of Uttar Pradesh, Kuchipudi of Andhra Pradesh and Manipuri of Manipur.

In the end, it can be safely said that the rich diversity of India enriches our life and brings along harmony and prosperity in the nation. India reflects unity that expresses diversities of color, language, culture, dress, and blood. Unity and Diversity in India go hand in hand. People live in harmony and peace in spite of having differences on the basis of language, color and region etc. Therefore no matter if it’s about festivals or music, India has got enormous diversity patterns. Apart from the diversity, India is a perfect example of the doctrine of one in many.