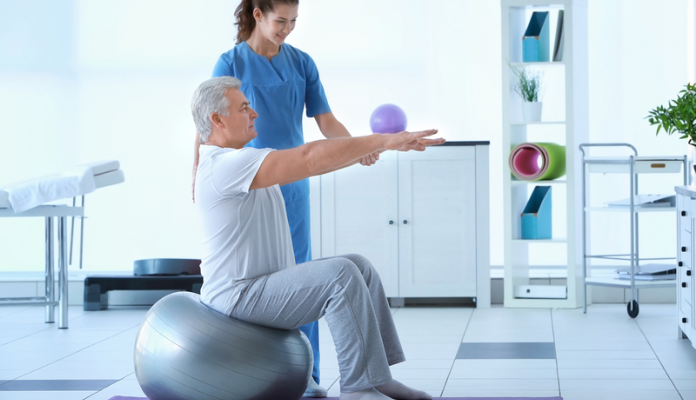 Parkinson’s disease is a chronic progressive ailment of the nervous system. Basal ganglia is a structure situated in the brain. The role of this is to produce and control all the voluntary movements and also to control the postural adjustments during these movements. Dysfunction of the basal ganglia leads to Parkinson’s disease. Tremors of the hand which are often known as pill rolling is the common manifestation seen in this disease.

Abnormalities of posture and balance, difficulty in initiating movement and rigidity in musculature offering resistance to the movement are some other common manifestations seen in Parkinson’s disease. Levodopa is a common drug used for patients with this progressive movement disorder. The drug has the ability to cross the blood brain barrier and thus improve the function of the basal ganglia by raising the level of dopamine in it.

The main aim of physiotherapy is to make the patient functionally independent and minimize the complications arising from the ailment. Relaxation exercises are helpful in decreasing the rigidity of the muscles and overcoming stress. Some yoga asanas can be effective ¡n promoting relaxation as well. Audio tapes with soothing music also prove to be very effective.

Flexibility and stretching exercises are helpful in regaining joint range of motion. Also, passive positioning for long periods can improve flexibility of tightened structures. Patients with Parkinson’s disease are advised to lie on the stomach for long intervals with the head, shoulders, and trunk flexed forward, thus helping stretch these particular muscles. Passive and active movements are helpful in maintaining joint range of motion. The range of motion exercises emphasizes on restoring the range of neck and trunk movement as these parts are mostly affected by the disease. Strengthening exercises for the upper and lower limb muscles are also encouraged for patients with Parkinson’s disease. They are presented a different walking pattern known as festinating gait, that is, they walk with short steps. Gait training plays a vital role in making them mobile. The goals of the gait training is to achieve the following:

Using visual and auditory cues help the patients take large steps and overcome initiation problems. Exercises on the Swiss ball can improve sitting balance. Gentle perturbations in standing and sitting, standing heel raises, toe raises, and single leg standing and marching can improve balance and postural stability for Parkinson’s patients. Those with Parkinson’s disease have a kyphotic posture that is, the upper trunk is bent forward and the chest musculature is very tight, which compromises the lung function.