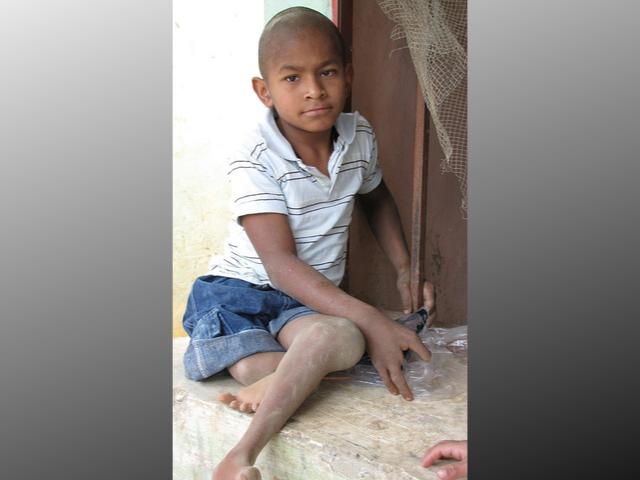 The Cause Of Childhood Disability

Every child is unique and they progress at a different pace and usually, the parents are the first to notice any clue of developmental delay in their child. In fact, more then 70 to 80 per cent of all disabilities in children are first noticed by the parents. While some delay in development in early childhood is usually set right as the child grows up, missing some important milestone may point towards some neurological ailments.

Cerebral palsy can be defined as a static damage to the brain that occurs during its developmental stage leaving a child with permanent motor loss. Its a term used to indicate a group of non-progressive disorders caused by damage to the brain in its developing stage. It hampers the ability to control movement and posture.

Children with cerebral palsy (GP) may experience difficulties in physical development and sometime it may take longer for them to interact socially or emotionally. It a child shows any deviation from normal development, parents should recognize it and take the appropriate steps at the earliest.

The damage may occur during fetal development, childbirth, shortly after birth, or during early infancy. Incidence of cerebral palsy is showing rising trends and its recent prevalence is 2.67 per 1000 live births and it can affect both male and female equally.

There can be number of reasons that cause damage to the developing brain and these include the following:

Some other concerns that can lead to damage of the brain and may result in cerebral palsy are as follows:

In severe cases of CP a child may not be able to walk properly without the help of any special equipment and this makes him succumb to lifelong care. CP is a non-progressive motor disorder of central origin and it does not get worse with time but symptoms can change overtime.

Children with cerebral palsy possess normal intelligence but severe intellectual impairment is also seen in a few cases. They may face other difficulties like:

Early intervention program for children with GP is targeted to help young children who show signs of developmental delays or having specific health issues interfering in normal growth and development. The main target of the early intervention program is to focus on helping eligible participants to learn the basic and new skills that typically develop during the first three years of life. These skills are:

Doctors also focus on early adulthood because intervention is not just about the early developmental years but also about preventing adolescents and young adults from developing complications. When a young child is developing and growing up, this is a crucial opportunity to provide them with the skills and support they required. Early intervention involves identifying children and families that may be at risk of developing complications and providing timely and effective treatment.