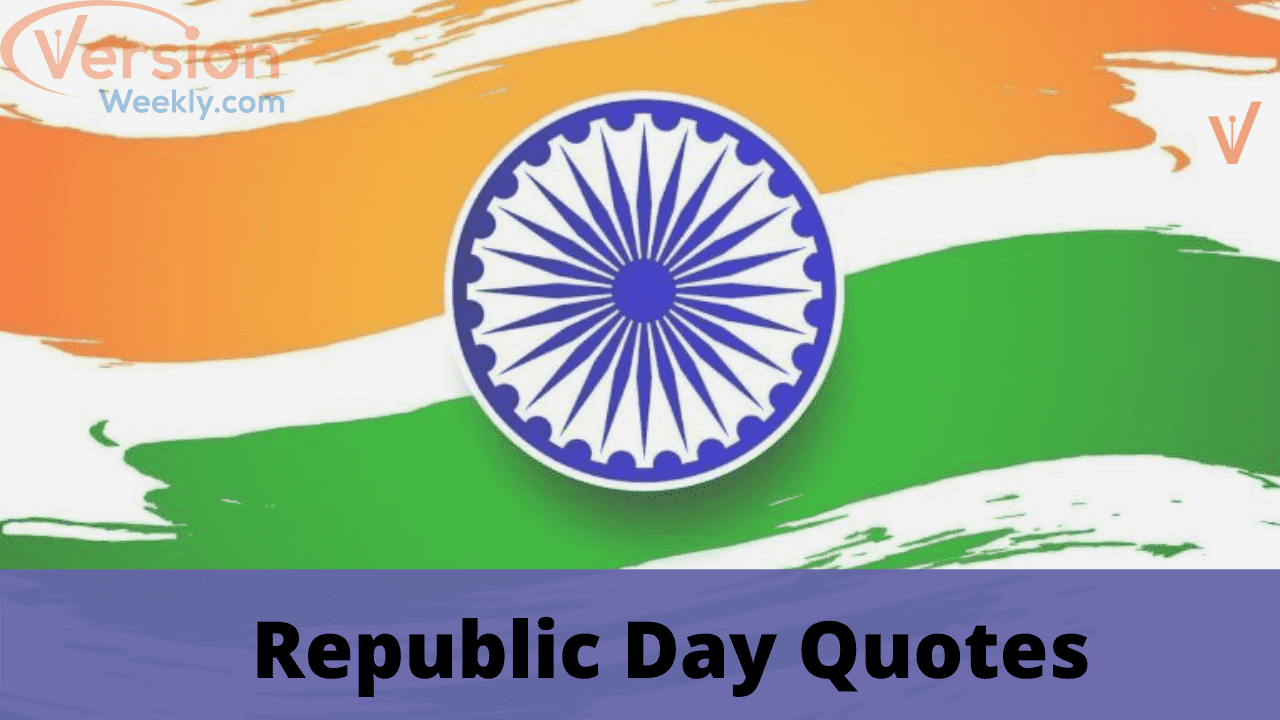 Republic Day of India is a National Festival which is celebrated on 26th January annually, commemorating the inception of “Constitution of India”. Although the Indian constitution was adopted by the Constituent Assembly on 26th November 1949, it only came into force on 26th January 1950. The inception of the “Constitution of India” marks India’s transition from a Dominion status under British Empire to a democratic republic. The day the constitution of India came into force, India became a ‘Republic’ having its own law of the land or “Swaraj”. Thus, Republic Day holds much significance for the people of India and is celebrated with tremendous zeal and enthusiasm.

Being a National Festival, it is celebrated by people throughout the length and breadth of India irrespective of their demographic divisions of caste, creed, languages or religions. “Republic Day” instills the mixed emotions of nationalism and patriotism in all the people of India. People divided by languages, cultures and religions gather together to celebrate the day under the Tricolor or Tiranga.

The celebrations also commemorate our great freedom fighters for their struggle and also our political visionaries, for giving us the world’s best and unbiased Constitution. Leaders involved in framing the Constitution had a great vision which incorporated India as secular, socialist and democratic republic, providing equal rights to all its citizens irrespective of their caste, creed, religion or other differences. It is the vision and honesty of such leaders that we celebrate on “Republic Day”.

“Republic Day” reaffirms the faith of Indian people into their Constitution and gives them a moment to revisit the glory of Indian Freedom Struggle and show gratitude and respect for those who sacrifices their all for attaining freedom.

It is also a day to know where we stand today in world and get familiar with our strengths. The Prime Minister of India, in a grand celebration at the Red Fort announces the Government’s plans for development and growth. The military and armed forces of the nation display their arms and ammunitions and personnel strength, which also serves as warning for foes and an assurance to friends.

“Quotes” play a vital role in raising awareness about any subject. Quotes, when formed correctly and wisely, deliver the message with a marks man’s precision. It is bound to make the audience think and dive deep into the essence of the message. Many quotes have been told on “Republic Day”, but some of the quotes in the words of our own political leaders as well as those from around the world will have you filled with nationalism, pride and honor. Below we are providing quotes from political leaders like – B.R. Ambedkar, Atal Bihari Vajpayee, Swami Vivekananda, Jawaharlal Nehru, Chandra Bhusan, Bill Maher, Niccollo Machiavelli, Theodore Roosevelt and Gerald R. Ford etc; to have you oozing with patriotism on this Republic Day.

“We are Indians, firstly and lastly.” – B. R. Ambedkar

“Let us together commence a journey of peace, harmony and progress in South Asia.” – Atal Behari Vajpayee

“Let new India arise out of peasants cottage, grasping the plough, out of huts, cobbler and sweeper.” – Swami Vivekananda

“Citizenship consists in the service of the country.” – Jawaharlal Nehru

“India has no dearth of brave young men and women and if they get the opportunity and help then we can compete with other nations in space exploration and one of them will fulfil her dreams.” – Atal Behari Vajpayee

“I feel that the constitution is workable, it is flexible and it is strong enough to hold the country together both in peacetime and in wartime. Indeed, if I may say so, if things go wrong under the new Constitution, the reason will not be that we had a bad Constitution. What we will have to say is that Man was vile.” – B. R. Ambedkar

“Democracy means nothing if people are not able to work the democracy for the common good.” – Chandra Bhushan

“Freedom isn’t free. It shouldn’t be a bragging point that ‘Oh, I don’t get involved in politics,’ as if that makes someone cleaner. No, that makes you derelict of duty in a republic. Liars and panderers in government would have a much harder time of it if so many people didn’t insist on their right to remain ignorant and blindly agreeable.” – Bill Maher

“A return to first principles in a republic is sometimes caused by the simple virtues of one man. His good example has such an influence that the good men strive to imitate him, and the wicked are ashamed to lead a life so contrary to his example.” – Niccolo Machiavelli

“The first requisite of a good citizen in this republic of ours is that he shall be able and willing to pull his own weight.” – Theodore Roosevelt

“This republic was not established by cowards; and cowards will not preserve it.”- Elmer Davis

“Our government is founded upon the intelligence of the people. I for one do not despair of the republic. I have great confidence in the virtue of the great majority of the people, and I cannot fear the result.” – Andrew Jackson

“The new republic should be based on diversity, respect and equal rights for all.” – Evo Morales

“A Republic without parties is a complete anomaly. The histories of all popular governments show absurd is the idea of their attempting to exist without parties.” – Franklin Pierce

“Our great Republic is a government of laws and not of men. Here, the people rule.” – Gerald R. Ford

“The power to mould the future of the Republic will be in the hands of the journalists of future generations.” – Joseph Pulitzer

“The state is nothing but an instrument of opression of one class by another – no less so in a democratic republic than in a monarchy.” – Friedrich Engels

“Society is a republic. When an individual tries to lift themselves above others, they are dragged down by the mass, either by ridicule or slander.” – Victor Hugo

“On what rests the hope of the republic? One country, one language, one flag!” – Alexander Henry

“The safety of the republic being the supreme law, and Texas having offered us the key to the safety of our country from all foreign intrigues and diplomacy, I say accept the key… and bolt the door at once.” – Andrew Jackson

“Behold a republic standing erect while empires all around are bowed beneath the weight of their own armaments – a republic whose flag is loved while other flags are only feared.” – William Jennings Bryan

“In a republic this rule ought to be observed: that the majority should not have the predominant power.” – Marcus Tullius Cicero

“Grant me thirty years of equal division of inheritances and a free press, and I will provide you with a republic.” – Alexis de Tocqueville

“In a republic this rule ought to be observed: that the majority should not have the predominant power.” – Marcus Tullius Cicero

“In the republic of mediocrity, genius is dangerous.” – Robert Green Ingersoll

“Our constitution works. Our great republic is a government of laws, not of men.” – Gerald R. Ford

“Conservatives understand that the power that binds our republic together is fierce independence held high on the shoulders of compassion.” – Allen West 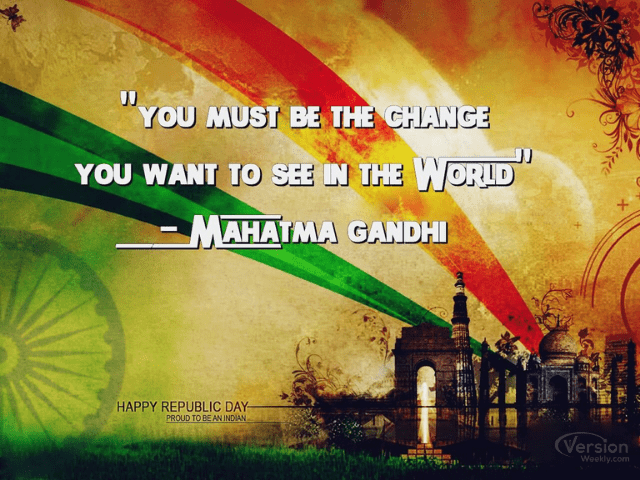 “I have considered the pension list of the republic a roll of honor.” – Grover Cleveland

“In a republic, that paradise of debility, the politician is a petty tyrant who obeys the laws.” – Emile M. Cioran

“This liberal progressive agenda… is the antithesis of who we are as a constitutional republic.” – Allen West

“Toleration and liberty are the foundations of a great republic.” – Frank Lloyd Wright

“This is a case if the President is permitted to be above the law, then we no longer have a republic.” – James Bovard

“Our Republic and its press will rise or fall together.” – Joseph Pulitzer

“When people in positions of trust mislead us – either recklessly, negligently or intentionally – that impacts the republic.” – Trey Gowdy

“The principal of unity and indivisibility of the republic are the essential reference points.” – Giorgio Napolitano

“For not only every democracy, but certainly every republic, bears within itself the seeds of its own destruction.” – Robert W. Welch, Jr.

“Proof that they do not understand the republic is that in their fine promises for universal suffrage, they forgot women.” – Delphine de Girardin

“The little words in the Republic of Letters, like the little folks in a nation, are the most useful and significant.” – Samuel Richardson

“A republic – if you can keep it – is about limitation, and for good reason, because we are mortal and our actions are imperfect.” – Mike Pence

“But the Republic has its rules and it must not tolerate any abuse of them.” – Jean-Pierre Raffarin

“The Republic is open and tolerant but also knows how and when to be firm and make its values respected.” – Jean-Pierre Raffarin