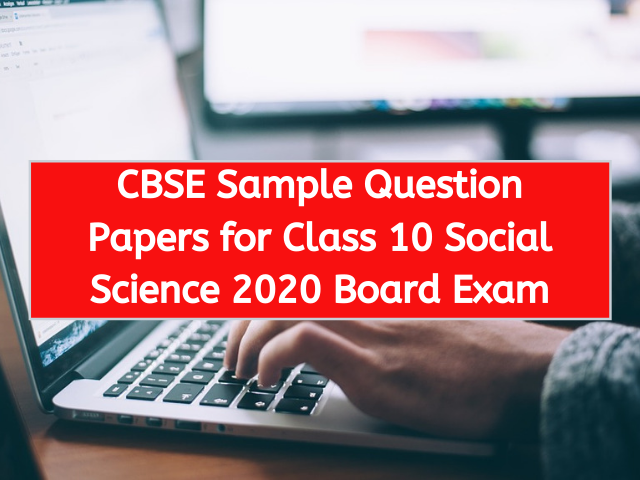 Practice MCQ Questions for Class 10 Maths With Answers for 2020 Board Exams.

Question 1.
Match the following items given in column A with those in column B. Choose the correct answer from the options given below:   [1]

Question 3.
Study the picture and answer the question that follows

Which of the following aspect best signifies this image of ‘Germania’?   [1]
A. Heroism and Justice
B. Folk and Cultural Tradition
C. Austerity and Asceticism
D. Revenge and Vengeance

Note: This question is in lieu of Q3 for Visually Impaired Candidates only
Q-3. What does the crown on allegory of ‘Germania’ signify?

Question 4.
Who was called as the architect of Germany’s unification?   [1]

Question 5.
Which one of the following is an example of Cultivable Wasteland?   [1]
A. Gross cropped Area
B. Uncultivable Land
C. Barren Wasteland
D. Current fallow Land

Question 6.
Complete the following table with correct information with regard to cultivation of Rice:   [1]

Question 7.
Being a tropical country, India has enormous possibilities of tapping solar energy. Suggest any one way to popularize its maximum use.   [1]
OR
A concerted effort has to be made for sustainable development.Suggest any one step in conserving our mineral resources for the future.

Note: This question is in lieu of Q9 for visually impaired candidates
Q9. Give any one example of Social Democracy.

Question 10.
The representation of women in Indian Parliament is still low as compared to European countries because _______.   [1]
OR
The Constitution of India provides to all individuals and communities freedom to profess, practice and propagate any religion because _______.

Question 11.
Who presides over the meeting of the Municipal Corporation?   [1]
OR
Which government has the power to legislate on ‘Residuary’ subjects in India?

Question 15.
Which of the following profession belongs to the Tertiary Sector of economy?   [1]
A. Fisherman
B. Farmer
C. Factory worker
D. Teacher

Question 18.
Arrange the following in the correct sequence –   [1]
i. Transporting cloth to the workshops
ii. Sale in shops and showrooms
iii. Spinning the yarn
iv. Weaving of the fabric
Options-
A. i-iv-iii-ii
B. iii -iv-i-ii
C. iv-i-ii-iii
D. iii-iv-ii-i

Question 19.
In the question given below, there are two statements marked as Assertion (A) and Reason (R). Read the statements and chose the correct option:   [1]
Assertion (A): Not every good or service that is produced and sold needs to be counted to know the total production in each sector.
Reason (R): The value of final goods already includes the value of all the intermediate goods.
Options:
a. Both A and R are true and R is the correct explanation of A.
b. Both A and R are true but R is not the correct explanation of A.
c. A is correct but R is wrong.
d. A is wrong but R is correct.

Question 20.
Rita has taken a loan of Rs. 7 lakhs from the bank to purchase a car. The annual interest rate on the loan is 14.5 per cent and the loan is to be repaid in 3 years in monthly instalments. The bank retained the papers of the new car as collateral, which will be returned to Rita only when she repays the entire loan with interest.
Analyse the loan information given above, considering one of the following correct option.   [1]
a. Mode of re-payment
b. Terms of credit
c. Interest on loan
d. Deposit criteria

Question 21.
Describe the incidence of Jallianwala Bagh Massacre.   [3]
OR
Describe the role of Alluri Sitaram Raju in Andhra Pradesh during 1920s.

Question 22.
Why did Europeans flee to America in nineteenth century? Explain.   [3]
OR
Why did merchants moved to the countryside Europe during the seventeenth and eighteenth centuries? Explain.

Question 23.
Read the sources given below and answer the questions that follows-   [3]

Source A – Religious Debates and the Fear of Print
Print created the possibility of wide circulation of ideas, and introduced a new world of debate and discussion. Even those who disagreed with established authorities could now print and circulate their ideas. Through the printed message, they could persuade people to think 3 differently, and move them to action. This had significance in different spheres of life.

Source B – The Reading Mania
The ideas of scientists and philosophers now became more accessible to the common people. Ancient and medieval scientific texts were compiled and published, and maps and scientific diagrams were widely printed. When scientists like Isaac Newton began to publish their discoveries, they could influence a much wider circle of scientifically minded readers. The writings of thinkers such as Thomas Paine, Voltaire and Jean Jacques Rousseau were also widely printed and read. Thus their ideas about science, reason and rationality found their way into popular literature.

Source C – Print Culture and the French Revolution
Print popularised the ideas of the Enlightenment thinkers. Collectively, their writings provided a critical commentary on tradition, superstition and despotism. They argued for the rule of reason rather than custom, and demanded that everything be judged through the application of reason and rationality. They attacked the sacred authority of the Church and the despotic power of the state, thus eroding the legitimacy of a social order based on tradition. The writings of Voltaire and Rousseau were read widely; and those who read these books saw the world through new eyes, eyes that were questioning, critical and rational.

Source A – Religious Debates and the Fear of Print
23.1 Evaluate the effectiveness of Print in the transmission of ideas and cultures.   [1]

Source B – The Reading Mania
23.2 To what extent do you agree that scientific ideas were circulated through Print.? Give only one aspect.   [1]

Question 26.
Describe the role of Political Parties in India.   [3]

Question 27.
Why do we need to expand formal sources of credit in India? Explain.   [3]
OR
Why do banks and cooperative societies need to lend more? Explain.   [3]

Question 28.
Underemployment continues to be rampant in the rural areas. Suggest any three ways through 3 which employment for rural people can be generated.   [3]

Question 29.
Highlight the reasons for the growth of nationalist tensions in the Balkan region before the First World War.   [5]
OR
Why was the period of 1848 considered as phase of the revolution of the Liberals in Europe? Explain.

Question 30.
Read the extract and answer the questions that follows:   [5]

Today, the world has been converted into a large village with the help of efficient and fast moving transport. Transport has been able to achieve this with the help of equally developed communication system. Therefore, transport, communication and trade are complementary to each other.
Today, India is well-linked with the rest of the world despite its vast size, diversity and linguistic and socio-cultural plurality. Railways, airways, waterways, newspapers, radio, television, cinema and internet, etc. have been contributing to its socio-economic progress in many ways.
The trades from local to international levels have added to the vitality of its economy. It has enriched our life and added substantially to growing amenities and facilities for the comforts of life. It is thus, evident that a dense and efficient network of transport and communication is a prerequisite for local, national and global trade of today.

Question 31.
‘The challenge of sustainable development requires control over industrial 5 pollution.’ Substantiate the statement with examples.   [5]

Question 32.
Explain with examples the accommodative experience of Belgium for peace and harmony.   [5]

Question 34.
Describe the role of technology in promoting globalisation process.   [5]

Question 35.
(a) Two places A and B have been marked on the given outline map of India. Identify them and write their correct names on the lines drawn near them   [2]