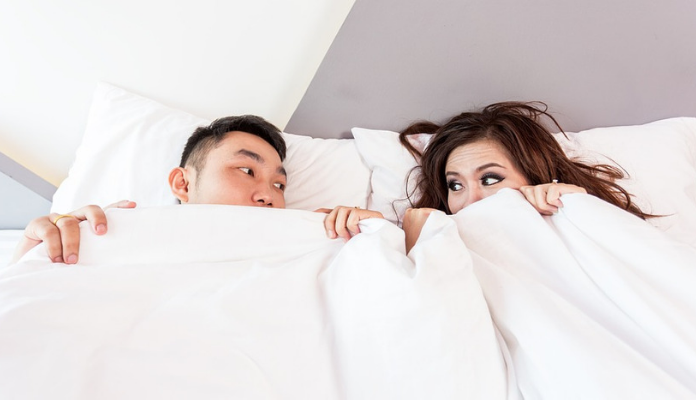 The Importance Of Sex Education

Unfortunately, in our country, sex is a taboo subject which no one ever mentions, especially to children who need to be aware of it. If we simply refuse to talk to our kids about sex, it’s just allowing them to form wrong impressions based on movies, internet or pornography.

We all remember that awkward silence during the chapter on reproduction and reproductive health in the ninth standard biology class. Even during a class on how our reproductive system works. embarrassed girls look away and boys giggle just looking at a picture. Sex is a part of who we are. Sex is innately geared in us, then why is talking about it offensive?

People seem to forget that prevention is better than cure and are more interested in taking a stand against it. There are startling results of surveys on child marriages, teenage pregnancies, or H 1V/STO. With the rise in the number of sexual violence incidences in the country. we should stop and think sensibly and realise the importance of including sex education in schools to change the perceptions of the future generation.

About 50 per cent of new l-11V infections in India are especially in the age group of 15 to 24 years. Thanks to child marriages, 47 per cent girls are forced to be sexually active before the age of 18. Over 200,000 young women and children are victims of sex trafficking in India every year and are pushed in to the very profitable sex industry. These alarming facts should help us put our hypocrisies aside and help create sexual awareness.

Some of the schools across the country organize workshops on sex education to create awareness. The general objective of sex education for children is to eradicate the lack of knowledge about sex by helping them create the right attitude towards it. Sex education is not about teaching children how to have sex, but to teach them age appropriate and cultural sensitive life skills that would enable them to safeguard themselves from the sexual iniquities of society.

In a country like India, we cannot import sex education packages from the West and implement them. Considering the varying socio-cultural backgrounds, sex education in India has to be tailor-made for different sections of the society. It should be tailored in a way that children who are living in bigger cities and also children in villages are better exposed so that they can take responsibility for their actions and refrain from high risk sexual behaviour. Also, children in small towns and villages should be empowered to resist being pushed into sex trade.

If the political establishments of the country can stop arguing about whether sex education needs to be implemented and concentrate on how to implement it, that would be the first successful step. The government can take some informal policy decisions that can be implemented in schools, to begin with. Tailoring the program is another important responsibility. A body of life skills experts and educationalists with an understanding of varying cultures present in the country might help prepare a good strategy for the program.

Educating children about sex comprises of physiological, psychological as well as social issues surrounding it, especially when thinking of including it as a part of an academic syllabus. The success of the sex education in schools will depend on the teachers. They must be people who are well liked by the students and who can handle the embarrassment that has been attached to the topic.

So a well-tailored sex education programme specially suited for the students in India is not about endorsing the act of sex or the use of condoms, but to encourage responsible adults. If the right knowledge is not given to children before they become teenagers, they move into a new world with unusual behaviour patterns that might turn into bigger problems.

Effective sex education at schools along with adequate communication between parents and children can open up some long guarded boundaries and bring about some positive attitude change.