Pollution Essay: Pollution is a word that is known by even kids nowadays. It has grown so prevalent that nearly everyone accepts the fact that pollution is increasing continuously. The name ‘pollution’ means the indication of any undesired foreign material in something. When we speak about pollution on our planet, we relate to the corruption that is occurring in natural supplies by multiple pollutants. All this is essentially caused by human actions that harm the environment in more than one way. Therefore, an imperative need has started to stop this issue straightaway. Pollution is destroying our earth rigorously and we need to understand its effects and counteract this damage. Here, we will see what are the impacts of pollution and how to overcome it.

Pollution influences the quality of nature’s life more than one can assume. It acts in unnatural ways, sometimes which cannot be viewed by the open eye. Though, it is very much existing in the atmosphere. For example, you might not be capable to see the natural gases (oxygen, Carbon-dioxide) present in the air, although they are still existing. Furthermore, the pollutants which are slaughtering the air and raising the levels of carbon dioxide are very critical for humans. Raised levels of carbon dioxide will lead to global warming.

Moreover, the water is contaminated in the name of industrial growth, religious exercises and more will create a deficiency of drinking water. Human life is not possible without water. Furthermore, the process by which waste is discharged on the land ultimately ends up in the soil and becomes toxic. If land pollution continues happening at this pace, we will not have productive soil to plant our crops on. Consequently, serious steps must be taken to decrease pollution to the core. 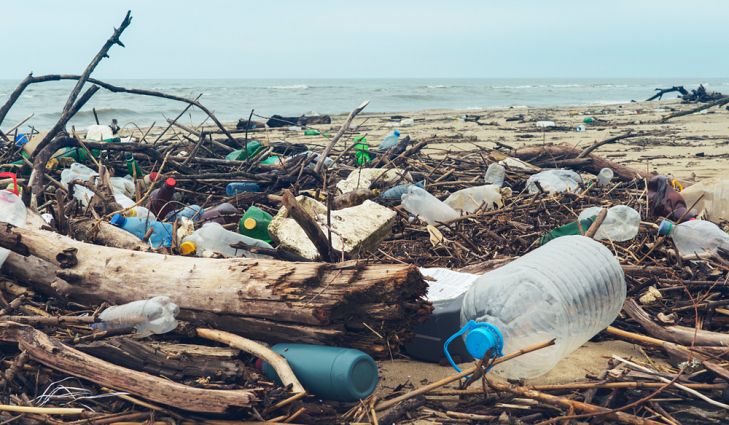 After discovering the harmful effects of pollution, one should perform the task of stopping or decreasing pollution as soon as possible. To overcome air pollution, people should start taking public transport such as buses, auto-rickshaws, pool-cabs to reduce pollution generated by vehicles. Try to avoid bursting crackers especially at the time of festivals which causes a huge amount of toxic pollution in the air. Avoiding crackers will also help to reduce noise pollution. Foremost is we must foster the habit of recycling. All the used plastic materials are been dumped in the oceans and land, which causes pollution. Therefore, we should not dispose of such toxic materials off after use, instead, reuse them as long as you can.

We must also inspire everyone to plant more trees that will absorb the harmful gases and make the air disinfectant. While talking on a higher level, the government must restrict the usage of fertilizers to control the soil’s fertility. Also, industries must be forbidden from discharging their waste into oceans and rivers, causing water pollution. Collectively, all types of pollution are dangerous and come with grave outcomes.

Everyone must step towards development ranging from individuals to the industries. As dealing with this problem calls for a collective effort, so we must unite and work for it. Furthermore, the lives of innocent animals are being lost because of such human actions. So, all of us must come and together and take a stand to become a voice for the unheard and making this earth pollution-free.

Question 1.
What is Air Pollution?

Answer:
When contaminated substances or foreign particles or chemicals enter our atmospheric pure form of air, through which we breathe, it makes the air polluted. This is called air pollution. The quality of air is reduced and it becomes sometimes suffocating to breathe in this air.

Question 2.
What is Water pollution?

Answer:
Water pollution is the contamination of water bodies (like oceans, rivers, seas, lakes, aquifers, and groundwater) normally caused due to human actions. It is a change in the physical, chemical or biological characteristics of water that will have harmful consequences on any living being.

Question 3.
What is Soil Pollution?

Answer:
Soil pollution belongs to anything that produces contamination of soil and reduces soil quality. It happens when the pollutants producing the contamination diminish the quality of the soil and transform the soil inhabitable for microorganisms and macro-organisms living in the soil.

Question 4.
How can we reduce pollution?

You can also find more Essay Writing articles on events, persons, sports, technology and many more.