World Milk Day – Milk is a white-sored food product and is often considered as a complete food due to its richness in nutrients. Milk is produced in the mammary glands of mammals like cows, humans, goats, etc.

Different countries have different regular foods that are consumed daily by the people, but what stays common is milk since it is a global food, so World Milk Day holds importance worldwide.

Undoubtedly, The World Milk Day celebrates the dairy sector, and the main motive behind the celebration is to educate people about the importance of the global food, ‘MILK’ in our day to day lives.

Since milk is the most crucial component of our diet, there is no doubt that the celebration of World Milk Day is vital to let the people know the importance of milk as a valuable food component.

Since childhood, we hear people asking children to include milk in their diet as it is considered as a complete food due to its richness in nutrients. Milk is being used for thousands of years for preparing food items like curd, ghee, sweets. Many industries revolve around the production of milk and milk products and its circulation in different parts of the country. The day got recognition by the FAO of the UN and celebrated on June 1, worldwide, for the last twenty years.

How we celebrate World Milk Day

From starting our day with tea, coffee, or just plain milk to afternoon’s curd and buttermilk, milk acts as a part of many food items as a primary component. It works as a raw material for making different sweets; thus, we use it in restaurants, daily households, ghee industry, and in pure milk and milk production industries. Like so many industries run with the help of milk as raw material, it provides scope for employment as well.

The day is celebrated by the members of the association on an international and national level through various promotional activities to increase, thereby public awareness about the importance of adding milk to your daily diet.

Media plays a significant role in advertising various milk-based industries and also the benefits it provides to our body. We witness many doctors speaking upon the essentiality of milk and its need to be included in everyone’s diet, be it children, infants, older adults, or pregnant ladies.

The most exciting part of the celebration of World Milk Day is assigning various themes for promotion each year to add a good and healthy habit in everyone’s life. For example, “Drink fresh milk, body fit, smart brain” was the theme of 2012 while “Economic development, livelihoods, nutrition” being the theme of 2017. This way, the promotion work takes place to make people aware of the various health benefits that milk holds.

If we look at a personal level or as a citizen, the day is a big opportunity for us to look forward to learning various advantages of including milk in our day to day life. We can celebrate the day on a personal level by adding milk in almost everything we eat on that particular day, some of which already have milk as an essential component like tea, coffee. However, having a treat of double cheese Pizza would add even more to the celebration. This can be one of the best ways to celebrate World Milk Day. 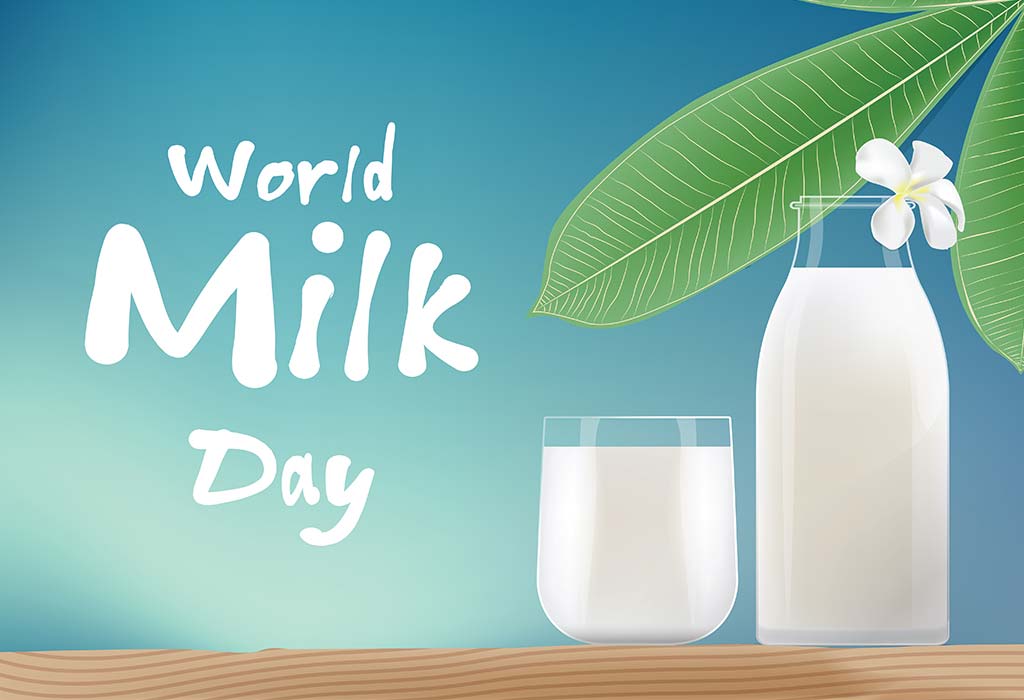 Though it has been twenty years since the day is being celebrated, however, the day holds a history as well of how it was even prevalent before 2001.

Even before it got recognition by the FAO of the UN, some nations celebrated the Milk Day before it became an international day, for example, Milk Day celebration took place in the pre- Christian era in the British Isles.

World Milk Day is celebrated on June 1 all over the world. It was first celebrated on June 1, 2001, after which it is celebrated each year. FAO of the UN-recognized the day. The day holds importance as it aims to increase public awareness about every aspect of milk. For example, the origin of milk, its production and usage in making different products, the importance it holds in the commercial sector, and undoubtedly the nutritional value it holds is one of the healthiest components of our daily intakes.

World Milk Day celebrated each year on June 1 since 2001 is a day to celebrate the daily sector and make people aware of the importance of this global food production.

On an international as well as national level, the day promotes various milk-based commercials and also the health benefits it holds through different themes used each year by the members of the association.

On a personal level, we can create awareness among the closed ones about the need to include milk. The day plays a significant role in enriching the children and the illiterate ones who come to know the importance of milk as a global food production through various promotions.

World Milk Day is celebrated each year on June 1 since 2001.

Milk is a complete food. It is a source of calcium, protein, phosphorus, potassium, vitamin D

World Milk Day celebrates milk as a global product and creates public awareness about the importance of milk.